A Journal of My Bicycle Touring

A New Journey: The Tour Divide! 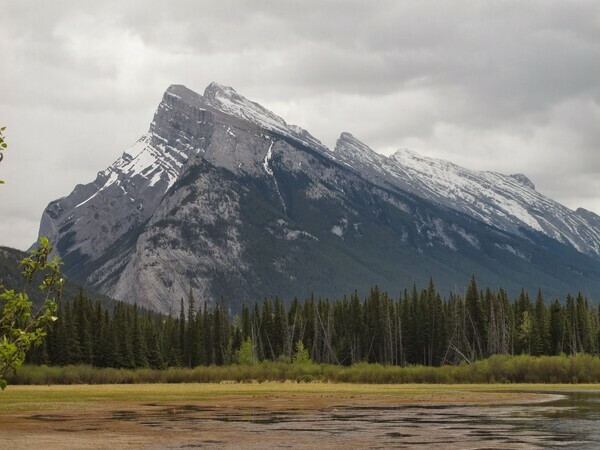 On May 20, 2012, I began a cross North America bicycle tour from Vancouver, BC to St. John’s, Newfoundland. It was a huge challenge but it turned out to be one of the most rewarding things that I have done in my life. Within weeks of finishing in St. John’s, I began longing to get back out on another long ride. That longing has not gone away but it’s difficult to top an 8500 km transcontinental bicycle tour.

In June, 2014, I stumbled across TourDivde.org, a website dedicated to a 4400 km, single stage, bicycle race from Banff, Alberta to the Mexico/New Mexico border staying close to the Continental Divide, mostly within the Rocky Mountains. This follows The Great Divide Mountain Bike Route that is the world's longest off road cycling route. This race is held once a year beginning on the second Friday in June (June 12th this year). As it turned out, I found about it just a couple of days before last year’s race began so I could follow it. I immediately had a “this is what I’m looking for” feeling and started to think about possibly entering into the race for 2015.

When you see “Tour Divide Bicycle Race” one might immediately think about the Tour de France or other “tour of” races and the circuses that accompany them. The Tour Divide is the complete antithesis of this. There is virtually no organization, no course workers, none at the finish line, just a website that contains the rules and a leaderboard for tracking the participants via a satellite GPS system. The rules are pretty straight forward. You are on your own! You cannot have any help along the way although you can purchase stuff from any normal stores on the route. You can’t even have help from other participants in the race. You have to be self-sufficient. While not strictly a rule, everyone carries a SPOT Satellite GPS Messenger that updates your position on a map every few minutes. This helps everyone to be able to keep track of where everyone else is but more importantly, is a safety system. There are long sections that without any services or cellphone coverage that can take days to cross so being able to summon help is important.

So I am seriously considering entering the Tour Divide on June 12, 2015 starting out in Banff Alberta. I’ve kept up my cycling throughout the fall and starting in the New Year, I’ve started seriously training for it. This is a “single stage” race, which means your time starts when you leave Banff and the clock doesn’t stop until you reach the border crossing at Antelope Wells, New Mexico. You stop to sleep and eat when you have to but mostly you just ride, day and night. The record for the trip is a bit over 14 days. I am expecting it to take me more like 4 weeks of riding 16 hours a day. The route is almost all “off road” following dirt roads and trails that cross the Continental Divide 22 times — think mountain passes — and amount to about 60,000 meters of climbing.

I am currently planning trying to figure out what take with me. I have to figure out the right kind of bike, camping gear, clothing, tools, parts, food, water storage, lights, electronics, batteries and bags to mount it all to the bike. It’s got to be light, rugged, waterproof and handle every kind of weather (snow, rain winds, hot sun).

Many call this the toughest bicycle race in the world. It will be a huge challenge for me but I do think that I have at least a reasonable chance to complete the route, just not in any record time!